One of the simplest truisms summarising the human condition is “sex sells.” But, “sex drives innovation”? That’s an idea without such a popular following, but no less true. 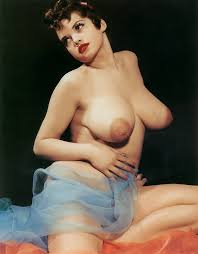 From the early days of photography to the latest innovations in real-time, one- to-one video conferencing, most followers of internet development will agree that sex played a huge role in the advance of new communication technology.

The rising numbers of web entrepreneurs think they are doing everything for the first time. Their talk is scattered with phrases like “first-mover advantage” and “groundbreaking business model”. But what few people care to recognise, at least not publicly, is that most of these business models and indeed the technologies fueling the new economy were discovered and perfected by the first “first-movers” of them all, the online smut vendors.

One reason the smut industry has had such an interest in developing new technologies is that there are so many controls on acquiring these materials elsewhere. Buying a book, or an airline ticket, in the offline world, is relatively stress-free. But acquiring pornography requires visits to unsavoury venues.

Gradually, the sex industry came to see the internet as a new potential market, especially with the illegal trade of in-copyright pictures on the free FTP sites.

One of those early entre- preneurs was Danni Ashe. Her introduction to the web came while trying to promote herself as a stripper and dancer.

“After getting on Usenet and discovering how many of my pictures were being traded around, I made an introductory post to Alt.Sex basically saying hello and that I could be reached through my fanclub address.

“I’ll never forget the stern reply I got from Elf Sternberg, the moderator of Alt.Sex, saying my ‘commercial postings’ wouldn’t be tolerated.”

When there were just a few sites online, the sex sites quickly became focal points for early web surfers. “Adult sites [saw] massive amounts of traffic early on, [and] a subsequent need to service that many people,” says Mark Tiarra, chief executive of Tiarra, which offers site design services for adult web masters. The early sex sites needed to respond quickly to massive use because when a server went down and lost traffic that meant lost revenue.

Although not necessarily credited with inventing these technologies, adult webmasters were the first to figure out how to put them to profitable use.

“Adult webmasters have pioneered the implementation of several important developments,” says Jakob Nielsen. “We had many of the ideas several years ago in various visioneering projects I was involved with at Bell Commun- ications Research in the early 1990s and Sun Microsystems in 1994 and 1995. Even so, there is a difference between having an idea and putting it out there and making it pay.”

“The adult market continually pushed the envelope of streaming technology because of the huge profits seen in high quality streams,” says Tiarra. “We always laugh when we hear about how a mainstream company has a server overload (like Victoria’s Secret after the SuperBowl) because they didn’t plan for the traffic levels. Some of us see traffic like that every day, and the non-adult companies smart enough to learn from that wisdom don’t end up with down servers because of a traffic spike.”

Technical challenges like video streaming and keeping a server live in a tide of traffic weren’t the only innovations early adult webmasters had. They were also quickly learning how to stimulate traffic and profitability. Two other developments in use today, pay-per-click banner ads and real-time credit card processing, the heart of many content sites, were developed by these early webmasters.

“There were a handful of small pay sites cropping up by the fall [of 1994] mostly using the First Virtual payment system. They were followed in the spring by more big adult sites like Adult America, Cybererotica and Erotica Online which accepted credit cards,” Ashe says. “Sizzle was probably the first big commercial adult website and they were one of the first to use video.”

Others, like Ashe, report mainstream companies approaching them for advice or traffic deals, but backing out because of lurking puritanism that pervades even this most progressive of industries.

Sex site surfers teach traffic watchers
This winter, road traffic researchers might be tempted to give up counting cars in the rain and mud, and come inside to surf the web. They could even keep their dirty raincoats on – it’s the sex sites that offer some of the best research opportunities.

Bernardo Huberman, a web traffic researcher at Xerox’s Palo Alto Research Centre, presented his latest results to delegates at a highway traffic conference in Stuttgart this week. “They are tantalised by what the internet offers in terms of research possibilities,” he says. “I’m showing them just how easy it is to make measurements – we’ve now moved away from using simulation.”

Patterns of web-surfing have many parallels with highway traffic, Huberman says. There are identical patterns of congestion and “solid block motion” where everyone is forced to advance at the same speed.

The internet offers a rich new research environment for traffic flow studies – hence the invitation to speak. But it is actually the internet service providers, not road users, who are likely to gain most from Huberman’s work.

After analysing more than 500,000 visits to a major web portal, Huberman and his colleagues at Xerox have come up with some strategies for drawing consumers deeper into sites, and keeping them there: just what is needed if the providers are to sell their advertising spaces effectively. The undisputed kings of this hill are the internet sex sites.

“The way they structure these sites is amazingly sophisticated,” Huberman says. Apparently, it’s hard not to be stimulated by them when you’re interested in website architecture.

Huberman came across the power of web-sex while studying the surfing habits of internet users. He was looking into the number of clicks a person would make before leaving a particular site.

“Typically, people click once or twice then get out,” he says. “But we noticed people were clicking on some sites 200 times. We discovered most of these were sex sites.”

They are among the few that make money on the web, he points out, and they do so by follow a strange rulebook. When it comes to content, they don’t worry about differing too much from sites offering similar products. They even furnish their sites with links to their competitors. But the surfing patterns through these sites are the envy of everyone trying to do business on the web. So much so, in fact, that the sex companies have been hounded for advice by the more modest service providers.

Thanks to his study, Huberman has now developed a couple of tricks of his own. The first involves learning how to remove links that might give the visitor what they want too soon. “If you look carefully, some people are willing to go through many more clicks than others,” he says. “You can structure the information in such a way that the user will spend more time there.”

Put simply, that means slipping some users an “enhanced” version of the site that takes them longer to wade through before they find the information they are looking for.

He admits that such tactics are likely to irritate those who would prefer to get in, get what they want and get out. But, he says, the web is like a supermarket: people have to realise that marketing strategies are inevitable. “Most people need milk, so the supermarkets put it at the back; then you have to walk through the whole store. It’s the same idea,” he says.

Real world advertisers know that, once the user is satisfied, there is an immediate “seductive moment” when people are more receptive to the marketer’s message. This is where Huberman’s other strategy, Coupons, comes into play. At these points the user is more willing to hang around inside the portal, so tempting links are vital. The provider can also charge advertisers a premium rate at these places.

Huberman does have something to offer consumers: a scheme to hide their intentions from unscrupulous retailers. When a lot of people access information about a particular digital camera, for example, the retailer takes note, infers a high demand and jacks up the price.

He has developed cryptographic software that effectively downloads the whole of the surrounding site, and then extracts only the required information for the user to look at.

After this, no one knows exactly which product the user was interested in.

Everything you need to know about foot fetishes 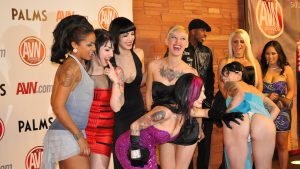